Key findings of the report:

• Global average temperature has increased almost 0.8 °C above pre-industrial levels, with even higher temperature increases in Europe and northern latitudes.
• Annual precipitation changes are worsening differences between a wet Northern part of Europe and a dry South, with some Mediterranean regions receiving 20% less rain than a century ago.
• According to satellite observations, global sea level has increased up to 3.1 mm/year in the past 15 years.
• Uncertainty in the rate of melting of Greenland’s outlet glaciers makes projections of future sea level rise uncertain. Sea level rise can cause coastal flooding, coastal erosion and increased risk of salt water intrusion that could damage coastal ecosystems and wetlands.
• The reduction in Arctic sea ice has accelerated: in September 2007 the minimum surface was only half the normal minimum measured in the 1950s. Arctic species such as seals, whales and polar bears are under threat.
• Glacier retreat in Europe’s mountain systems, and the changes in temperature and precipitation, will have widespread consequences. Projections show an overall increase of river floods across Europe but an increase in river droughts in the South.
• A northward movement of certain fish species —1000 km in the past 40 years—can have adverse effects on fisheries, such as reducing cod stocks in the North Sea.
• Spring phytoplankton blooms in lakes are now occurring up to one month earlier than 30-40 years ago, which may favour harmful cyanobacteria threatening human health and ecosystems.
• Plants, birds, insects and mammals are moving further north and uphill. By the end of this century, plant species may have shifted several hundred kilometres to the north and up to 60 % of mountain plant species may face extinction.
• The agricultural growing season is now longer, especially in the North. Although this may favour the introduction of new crops, crop yields will become more variable because extreme weather events are projected to increase.
• Increasing water demand for agriculture in the Mediterranean region will lead to unsustainable competition for water with tourism and households.
• The growing season of forests is also changing and the danger of forest fires will increase in southern Europe.
• Human health is also significantly affected by climate change. The 70,000 excess deaths reported from 12 European countries in 2003 could be an example of health impacts to come. Climate change increases the frequency and severity of extreme weather events. Projected future effects of heat-waves, floods and droughts, worsening air pollution and changes in vectors and plant distribution are likely to harm the health of many people, if global warming is unconstrained. Health system will need to be strengthened and action will need to be taken for particular vulnerable people, like the elderly, children or disadvantaged populations.
Posted by Chris 4 comments: 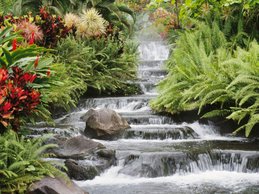 ....and if things are not as they appear? 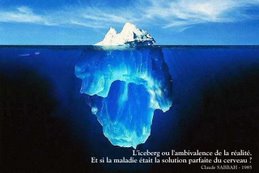